The Future of AI in Google Marketing

Google is Making Major Changes To Tools and Features

What is Google up to? Looking at the various Google tools and features, here is what I see is happening at Google. 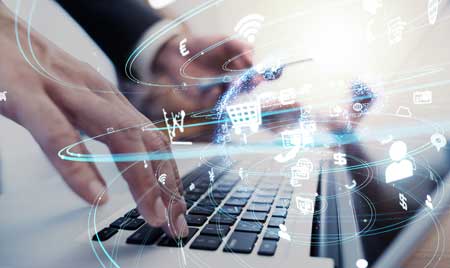 Universal Analytics, the previous version, was only a reporting tool. It collected and displayed website data. But GA4 isn’t an update. It’s an entirely new concept of data on the web.

The most powerful feature in Google Analytics 4.0 is predictive analytics. It can predict data. How does it do that? Google bought DeepMind (an AI company) in 2014 for $600m. David Silver at DeepMind developed Reinforcement Learning (a new type of Machine Learning). He developed Alpha Go to play the game of Go (Wei chi). Chess is easy for machine learning: the rules let one predict future steps. Alpha Go however is vastly more complex. How much?

Alpha Go has 10170 combinations (there are only 1080 in the universe). Instead of rules and steps, Alpha Go looks at patterns. In 2016, it won against the world champion. A year later, Alpha Go Zero won 100 straight games against Alpha Go, the previous version.

It’s important to understand these game-playing AI are not controlled. Tens of thousands of games in chess and Go have been recorded over the last three hundred years and are well-known to grandmasters. But the AI often makes moves that have never been seen before. The AI discovers patterns and opportunities that humans have never played.

Google owns this AI software, so it has been applying it to their software tools, Android software for phones, and the Google Pixel phones.

How does this matter for digital advertising?

Google has been collecting data on some two billion people and tens of millions of companies worldwide for twenty years now. Every email you’ve ever sent (including drafts that you deleted), every ad that has ever appeared on your screen, your Android phone movements, air pressure, temperature, and so on, and much more is recorded. Time for a pop quiz: How many Google websites are there? There’s Google Search, Gmail, YouTube, and so on. Perhaps a dozen? Twenty? Forty? There are more than 130 Google websites, and many do not say it’s Google. All of these are collecting data.

AlphaGo Zero looks at that ocean of data on its own to find behavior patterns. It matches behaviors with actions, such as purchases or registration.

Now it becomes interesting. Previous analytics tools (Google and other companies) were like weather reports in the 1970s. They could tell you it rained last week. So what? What’s the weather for the next 30 days? This is important for agriculture, transportation, and many other fields.

Analytics changes. It’s no more “reports of the past”. It’s actionable future predictions.

The Google Analytics 4.0 data can be imported into Google Data Studio for presentation.

If Google’s AI can find winning patterns in 10170 data points, what does this mean for marketing? Currently, people enter a few dozen keywords, write a few ads, and manage bids and budgets by hand.

But the Google AI can do this far better. For example, a Responsive Search Ad (RSA) in Google Ads generates over 46,300 permutations. If you place three RSA ads in an ad group, that’s nearly 150,000 ads. Google Ads uses multivariate testing to quickly find the version with the highest click rate. If you have 300 ad groups, that can be forty-five million ads which it uses to find the best ads. Humans can’t do that.

Considering all of this, it’s plausible that within a few years, Google may combine Google Ads, Google Search Console, Google Analytics 4.0, and Google Data Studio into one tool, perhaps called “Google Marketing” which manages marketing on its own.

Article Name
The Future of AI in Google Marketing
Description
What is Google up to? Looking at the various Google tools and features, here is what I see is happening at Google.
Author
Andreas Ramos
Beasley Direct and Online Marketing, Inc.