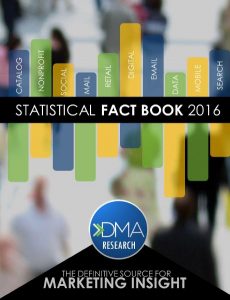 Below is the intro we wrote with some topline insight into what’s happening in general with search marketing in the US:

“After a slow Q4 2014 and Q1 2015, overall paid search metrics rebounded with steady growth in Q3 2015 and Q4 2015. However, search is an ever-changing landscape in which what worked yesterday may be obsolete today. Google made major changes in some of its key ranking factors in the search algorithm during 2015, the most important being the inclusion of artificial intelligence (AI) driven machine learning into its analysis of the query stream with “RankBrain”. This AI learning helps Google understand the 15% of queries that have never been seen before and negative queries.” (Slegg, Jennifer, RankBrain: Everything We Now About Google’s AI Algorithm, TheSEMPost.com, October 27, 2015)

As 2016 progresses we have seen two additional major developments (both from Google, of course) near the time we went to press which will change the way marketers conduct their paid and organic search campaigns for the balance of year and into the future.

The first development is AMP (Accelerated Mobile Page), an open source project that competes directly with Facebook’s Instant Articles. AMP is designed to make pages load 4 to 10 times faster by slightly stripping out non-essential content such as JavaScript. Properly implemented, AMP can result in faster load times and up to a 70% increase in mobile conversion. AMP is a logical extension of the Mobile Friendliness update in April 2014. WordPress is going all in to support AMP, with an easy to install plug-in for self-hosted sites and full support on WordPress.com sites. AMP is a direct result of the continued growth of the mobile platform as a primary way to access the internet.

The second development is the major shift in the search results layout Google launched in February 2016. The ads on the right side column are gone. Up to four paid ads now appear across the top of the page with another 4-5 on the bottom of the page. This has radically reduced the impressions that an advertiser is able to get “above the fold”, driving up the average cost to appear to the user without scrolling. It also impacts organic results as well, driving them further down the page so only one or two now appear above the fold. How this expansion of paid real estate affects the user’s trust in the overall Google results remains to be seen.

The solution for paid search may be bigger budgets and/or higher bids to achieve a top 3-4 position listing, but the key to organic search success continues to be creating good, compelling content to draw the search spiders to websites and earn high positions on the search results page. Marketers have told us that creating content is rect Marketing Overview

both the most effective tactic for SEO and one of the most difficult to execute well.

A few more predictions and observations of the search landscape in 2016, as reported in our surveys and observed by search specialists:

You can purchase the full Direct Marketing Association Statistical Fact Book 2016 by going here.  The report is well worth the investment!