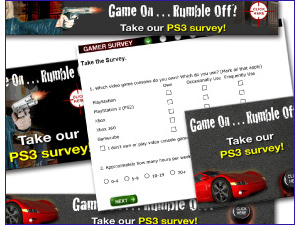 A PPC Agency Getting Ready to Rumble at Immersion

Immersion makes the technology that gives video games more realistic effects, such as rumble. There was a big problem. Sony announced it would not include rumble effects in the first release of its new PlayStation 3 game console. As a result, Immersion fought back with an online campaign in which it asked gamers to weigh in with their own opinions on Sony’s decision.

Further, the campaign included banners placed on gaming sites around the world, and a landing page survey for respondents. The traffic was enormous. As a result Sony was pressured to reconsider its decision. As a bonus, the topic was picked up on many blogs and gaming journals — providing free publicity for our client.

How can we help you with your PPC campaigns? Call us today.